The Rhodes Scholarships continue to be awarded mainly to students from private colleges and universities, but the latest group of 32 students includes “only” 8 from Ivy League universities, down from ten in 2017.

Rhodes Scholars from Hunter College (CUNY), Temple, UMBC, and Alaska-Anchorage are the first from their colleges to earn the prestigious award. The selection of a record number of black Rhodes Scholars is further evidence that the Rhodes Trust is taking a broader approach.

The total value of the scholarship averages approximately $68,000 per year, and up to as much as approximately $250,000 for scholars who remain at Oxford for four years in certain departments.

The new list of Rhodes Scholars (awarded in November 2017 for the year 2018) includes four from Harvard, as in the previous class, far and away the cumulative leader among all schools; one from Princeton, two from Yale, and one from Penn. In 2015 and 2016, the Ivy League recorded 14 of the 32 awards won by American students. In 2013 there were 16 winners from the Ivies, twice the number in the current class.

Once again, the service academies are well-represented. The U.S. Naval Academy at Annapolis, the U.S. Military Academy at West Point, and the Air Force Academy at Colorado Springs each had Rhodes winners.

The Rhodes Scholarships continue to be awarded mainly to students from private colleges and universities, but the latest group of 32 students does include “only” 10 from Ivy League universities. Public universities with 2017 scholars are Virginia (2), Georgia, Indiana, Kansas, South Carolina, and UT Austin, for a total of seven.

The new list of Rhodes Scholars (awarded in November 2016 for the year 2017) includes four from Harvard, far and away the cumulative leader among all schools; one from Princeton, two from Yale, and one each from Dartmouth and Cornell. In the previous two years, the Ivy League had 14 of the 32 awards won by American students. In 2013 there were 16.

The University of Georgia, with another Rhodes winner this year for a total of 24, is notable for having almost all of its many prestigious award winners being members or graduates of the honors program.

Montana State University, despite its relatively small size, now has 11 Rhodes Scholars this year to go with an extremely high number of Goldwater Scholars.

The University of Texas at Austin now has 31 Rhodes Scholars.

Once again, the service academies are well-represented: both the U.S. Naval Academy at Annapolis and the U.S. Military Academy at West Point had Rhodes winners. 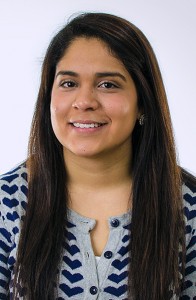 “I have lived the immigrant experience.” Brenda Ramirez.

Ramirez was born in Mexico and immigrated to the United States as a child, gaining U.S. citizenship in 2012.

Ramirez, of Romeoville, Illinois, is a senior in the College of Liberal Arts and Honors College majoring in law and society and corporate communication. After she graduates she plans to study refugees and migration from a global perspective. She is planning a future in law and public policy with the goal of improving how immigrant populations are supplied with needed services and resources.

“I have lived the immigrant experience, and it is imperative for me to give a voice to others like me,” she said.

“We are thrilled for Brenda. She was one of the Honors College’s first mentors, lending peer support and guidance to others,” said Rhonda Phillips, dean of the Honors College. “Brenda exemplifies what we strive to help our students develop – leadership skills, interdisciplinary knowledge, and a commitment to global and community engagement.”

Ramirez’s programs of study are in the Brian Lamb School of Communication and the Department of Sociology.

“Brenda is an outstanding liberal arts student who leads by example in the classroom on campus and beyond,” said David Reingold, the Justin S. Morrill Dean of Liberal Arts. “She represents the very best at Purdue University and her passion for addressing global issues is powerful and her determination to succeed and help others is inspiring.”

NISO develops student-scholars’ skills as they prepare their applications for Purdue’s nominations for prestigious awards. The office also guides students through their applications with info sessions, writing workshops, one-on-one meetings, mock interviews and all the details of scholarship competitions. 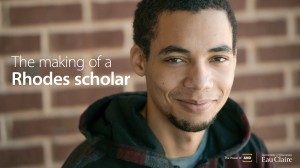 Michael Norton, an alumnus of the honors college at the University of Arkansas, has won a Marshall Scholarship to study political science at Oxford University.  Norton also earned a Truman Scholarship in 2012, and he is going to interview for a Rhodes Scholarship in the near future.  New rules allow winners of the Marshall to go forward with other interviews.

Already in an elite group for having won a Marshall and a Truman scholarship, Norton would be in super-elite company if he were to add a Rhodes Scholarship.

UA senior Rachael Pelligrino will also interview for a Rhodes Scholarship.  In addition, she is a finalist for a Truman Scholarship.

Norton will become the 7th UA winner of a Marshall Scholarship.  The scholarships provide full funding for academic and living expenses for two years of study at any university in the United Kingdom.  Most winners choose Oxford, Cambridge, University College London, King’s College of London, the London School of Economics, or Imperial College of London.

Norton told the Arkansas Traveler that the UofA Office of Nationally Competitive Awards was central to the development of his successful application.

“The office is a great treasure of the university when it comes to these awards,” he said.  Suzanne McCray of that office is known for her mock “interviews.”

The Marshall Scholarship was established in 1953. It awards up to 40 American students each year.  For the 2013 year, 943 students applied for the scholarship and 34 were selected.

Of the fifty public universities in our survey, 19 have honors colleges (38%), and 31 have honors programs (62%). Below is comparison showing the number of prestigious undergraduate and graduate scholarships awarded, by category.

We considered looking only at awards during the last ten years or so, but decided on a combined approach, using all Rhodes awards, for example, because of their prominence in the public mind and because they are the most difficult to earn, given the small number (32 this year) that are awarded to U.S. students. However, we are only counting more recent Marshall awards, as noted above. Postgraduate awards for UC campuses have been adjusted to take into account the dates on which they commenced operations.

Here are the figures, bearing in mind that Honors Colleges are 38% of our Fifty, and Honors Programs are 62% of the Fifty:

How important are prestigious post-graduate scholarships to the process of evaluating honors programs?

The purpose of a strong honors program is to give the brightest students the best possible education so that the students can achieve at a level commensurate with their high ability. The nation’s leading private universities excel at producing Rhodes, Marshall, Truman, Fulbright, Gates, and Churchill scholars, and the academic world associates excellence in academic achievement with the attainment of these prestigious awards. If strong public honors programs hope to make good on the promise of an elite-level education within a large state university, then one measure should be the number of high-profile awards won by students at these universities.

The University of Illinois leads the universities listed among our fifty in awards for Gates Cambridge Scholars and Churchill Scholars. The 90 annual Gates Cambridge awards can be won by students in almost any field of study, but the majority appear to go to scholars in the STEM subjects, education, public health, and law or criminal justice. The Churchill Scholarships, also for study at Cambridge, are only for students in the sciences, engineering, and mathematics. The Churchill Scholarship is valued at $45,000 to $50,000. The Gates Scholarship has about the same value, but it can be granted for the length of time necessary for the degree sought, usually no more than three years (Ph.D).

The University of Virginia ranks first among the fifty in the extremely prestigious Rhodes Scholars category. The University of North Carolina ranks ahead of UT Austin and the University of Virginia in Truman Scholars. Truman scholarships have a value of up to $30,000. Recipients must be “change agents” who will work in government, non-profit, or educational organizations for at least three of the first seven years after completion of a Truman-funded degree. About 60 scholarships are awarded annually, and usually each state has at least one resident who is a recipient. The recipient does not have to be a student at the university within the state of residence, but most are. Seventeen of the fifty universities in our guidebook are Truman Scholarship Honor Institutions, and all over-perform in the scholarship rankings.

So does this mean that universities outside the orbit of public elites will not rank highly in the prestigious scholarship category? Actually, the category is most useful in assessing these other universities, especially the extent to which they “over-perform” in relation to their overall ranking in U.S. News or elsewhere. For example, there are universities among the fifty who rank 100 or lower in the U.S. News survey but rank in the top half of the fifty we are reviewing in the prestigious scholarship category. Kansas, Nebraska, Arizona, and Arizona State are examples.