A few flagship universities–Oklahoma and Alabama, for example– are well-known for the generous merit scholarships, most of which provide the largest awards to national merit scholars or students with very similar qualifications. Now there are several other major players in this game, and all are in the state of Florida, home to several colleges on the rise in national rankings.

In March, Gov. Rick Scott, who is often at odds with higher ed professionals, signed Senate Bill 4. The bill passed the senate with unanimous support in mid-January. 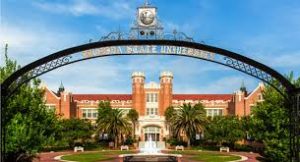 The bill expands the full-ride Benacquisto Scholarship to include not only in-state National Merit and National Achievement Scholars but also out-of-state winners of these awards.

The extra funds are used to elevate the quality and recognition of the universities by hiring eminent faculty members, improving grad and retention rates, and funding STEM programs. The University of Florida, for example, has risen from 58th in the 2011 U.S. News rankings to 42nd in the 2018 rankings. Florida State, meanwhile, has moved from 101st to 81st in the same time frame.